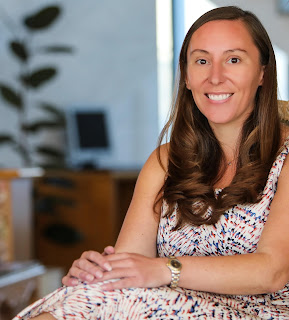 Kristina Marie Darling is the author of thirty-four books, including DIFFICULT:  Essays on Contemporary Feminist Poetry (Black Ocean, forthcoming); Look to Your Left:  A Feminist Poetics of Spectacle (Akron Poetry Series, forthcoming); Angel of the North (Salmon Poetry, forthcoming in 2023); Je Suis L’Autre:  Essays & Interrogations (C&R Press, 2017), which was named one of the “Best Books of 2017” by The Brooklyn Rail; DARK HORSE:  Poems (C&R Press, 2018), which received a starred review in Publishers Weekly; and two critical studies on contemporary poetry, which are forthcoming from Clemson University Press and Spuyten Duyvil Press, respectively. Her work has been recognized with three residencies at Yaddo, where she has held both the Martha Walsh Pulver Residency for a Poet and the Howard Moss Residency in Poetry; a Fundación Valparaíso fellowship; a Hawthornden Castle Fellowship, funded by the Heinz Foundation; an artist-in-residence position at Cité Internationale des Arts in Paris; five residencies at the American Academy in Rome; two grants from the Whiting Foundation; a Faber Residency in the Arts, Sciences, and Humanities; a Morris Fellowship in the Arts; and the Dan Liberthson Prize from the Academy of American Poets, which she received on three separate occasions, among many other awards and honors.  Her poems appear in Guernica, The Harvard Review, Poetry International, New American Writing, Nimrod, Passages North, The Mid-American Review, and on the Academy of American Poets’ website, Poets.org.  She has published essays in Agni, Ploughshares, The Brooklyn Rail, The Gettysburg Review, Gulf Coast, The Green Mountains Review, The Iowa Review, The Literary Review, and numerous other magazines. Kristina currently serves as Editor-in-Chief of Tupelo Press and Tupelo Quarterly, an opinion columnist at The Los Angeles Review of Books, a contributing writer at Publishers Weekly, a staff blogger at The Kenyon Review, and a freelance book critic at The New York Times Book Review. In 2019, she was named to the U.S. Fulbright Commission’s roster of Senior Specialists. 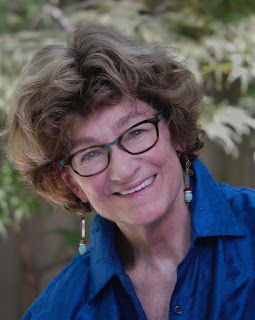 Kathryn “Kitsi” Watterson’s life as a writer, newspaper reporter, author, teacher, lecturer and musical arts performer is about bringing people together across divisions. Her award-winning books include the ground-breaking Women in Prison, which led to an ABC “Close Up” documentary, a play, "Inside the Concrete Womb," the founding of prisoner support organizations across the country, and ongoing scholarly study. Her book, Not by the Sword: How a Cantor and His Family Transformed a Klansman, which won a 1996 Christopher Award and inspired a play and an opera, examines the life of a virulent leader of America's white supremacist neo-Nazi hate movement who was changed by love. Her book, You Must Be Dreaming (co-author), exposes a world-famous psychiatrist who systemically drugged and sexually assaulted his patients. This New York Times Notable Book inspired the NBC movie, “Betrayal of Trust."

Her newest book, I Hear My People Singing: Voices of African-American Princeton, published by Princeton University Press (2017) with a foreword by Cornel West, “recasts American history as a whole by presenting in their own words the full lives of black Princetonians, lives forged within the utterly everyday Americanness of enslavement, segregation, and insult,” according to historian Nell Painter. I Hear My People Singing grew out of an oral history project that began in 1999, when Watterson enlisted her Princeton University students to help her and her neighborhood partners save the stories of a generation who had grown up in Princeton, NJ, where segregation was a way of life in schools, restaurants, and stores. On campus, the first nine presidents of Princeton University and a majority of white families owned at least one Black person. Their stories, excerpted from fifty-five interviews, provide a living account that intimately connects the residents of the Black community to the lives lived by their enslaved grandparents, great-grandparents and great-greats before them. Their stories shine light into the inner spirit of a people, who have actively worked for the past three and a half centuries, to bring down the barriers erected to bar their progress. As one reader wrote: “Reading this book is not an intellectual exercise. It takes us into the human experience. The power of the individual opens our eyes and hearts to other people’s lives and becomes woven into our own.”

Watterson has taught writing to homeless children and teenagers, prisoners, adults, and university students at Princeton University and at the University of Pennsylvania.  She sings and drums with TheUnity, a popular improvisational music trio. Currently she is at work on a memoir set in Philadelphia in the 1970s. She remains inspired by Rumi’s words: “Your job is to make the invisible visible.” 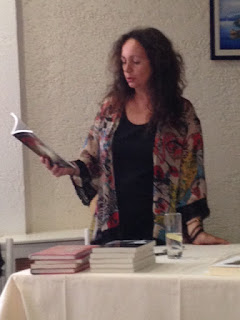 Amalia Melis is creator and organizer of Aegean Arts Circle Writing Workshops. Her essays, short stories and other creative writing have been published in Guernica, Glimmer Train, Michigan Quarterly Review, MacQueen's, KYSO Flash, DUCTS, Poet & Critic, Sojourner, among others. She is a freelance reporter/feature writer for U.S. and Greek newspapers/magazines. She is an assemblage sculptor and her work has been part of group art exhibits in Vermont, U.S., Athens & Andros Greece, Berlin, Germany. She holds an M.A. in Media Studies from The New School of Social Research, New York.